Svenska kraftnät and IPS – The Future is Now for NMM 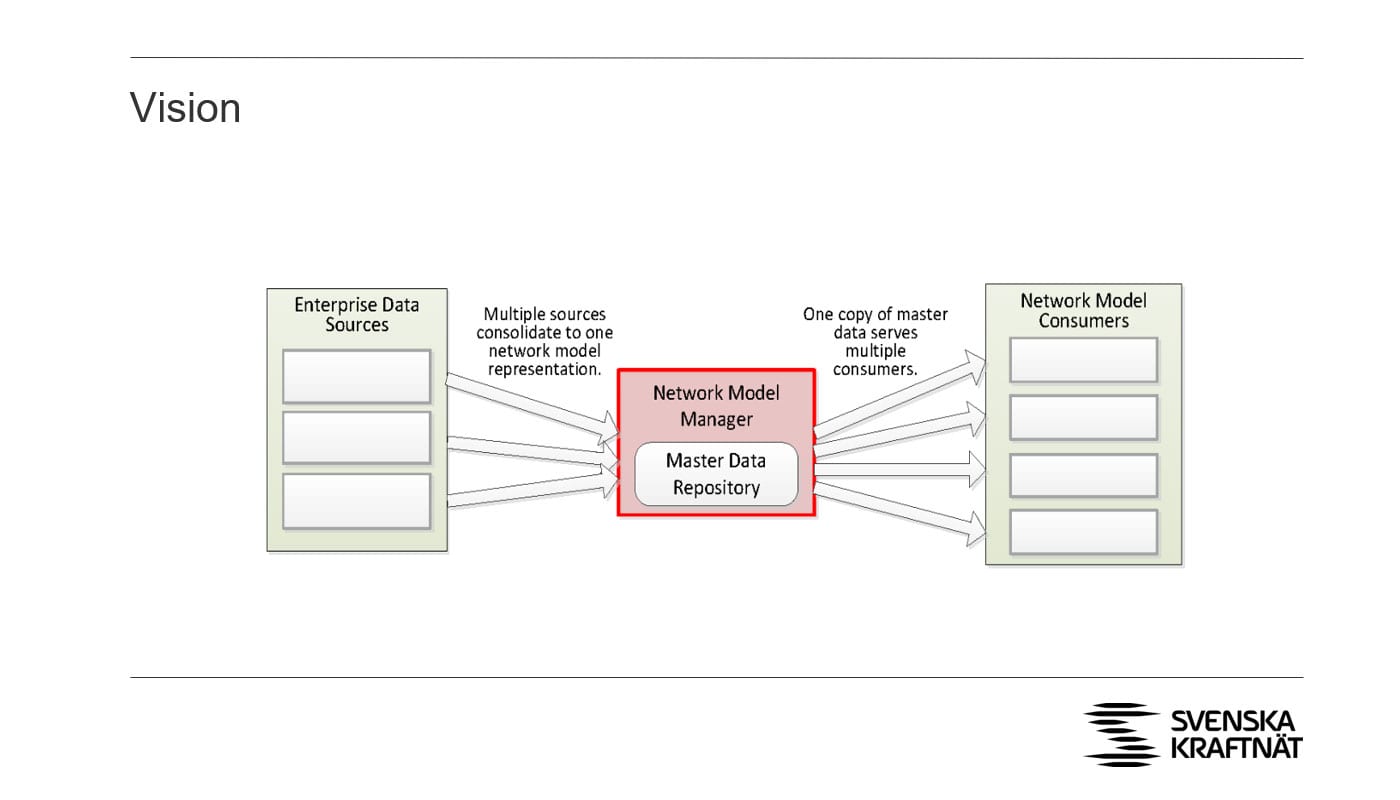 SvK is the Transmission System Operator (TSO) authority, responsible for ensuring security of supply and that Sweden’s transmission system for electricity is safe, environmentally sound and cost-effective. The Swedish national grid for electricity consists of 15,000 km of power lines, 160 substations and switching stations and 16 connections to other countries. 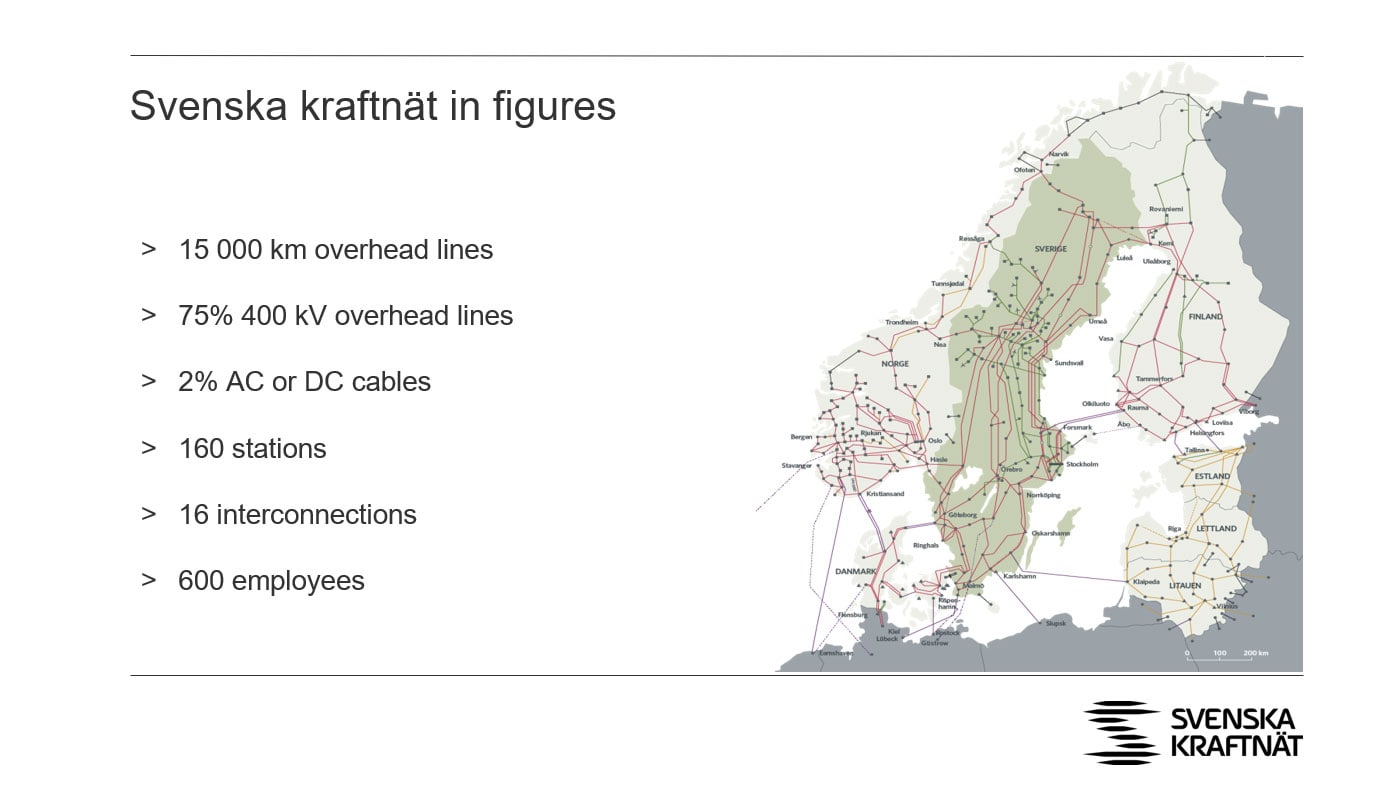 Historically, the network models at SvK have evolved, based on the business process and updates to various model parts or objects are not automatically validated or included in the models used for decision making or analysis.

SvK has, for several years, been moving towards establishing processes to manage the network model data to avoid parallel work and duplication, and to ensure the quality and availability of the data. The network model data is collected on SVK’s electrical power system assets as well as assets from network utilities and market actors connected directly or impacting SVK’s network indirectly.

SvK’s main objectives for establishment of a common network model database (NMDB) were as follows:

1) Create a solid foundation for SvK to work more effectively and with higher quality with network model data and networks models.

2) Create a solid foundation for SvK to ensure integrity of the network model data assets in the central repository as well as in all target systems.

The Investments Planning Model is used as a basis for investigating various future modification and expansion scenarios. 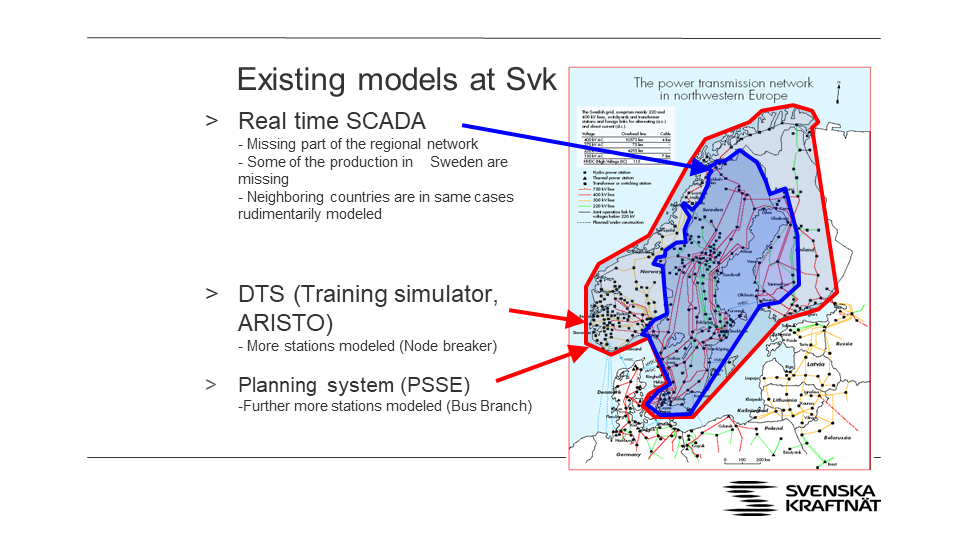 All of these models have been captured and are now targeted for central management using the NMDB developed by SvK and IPS in close collaboration. 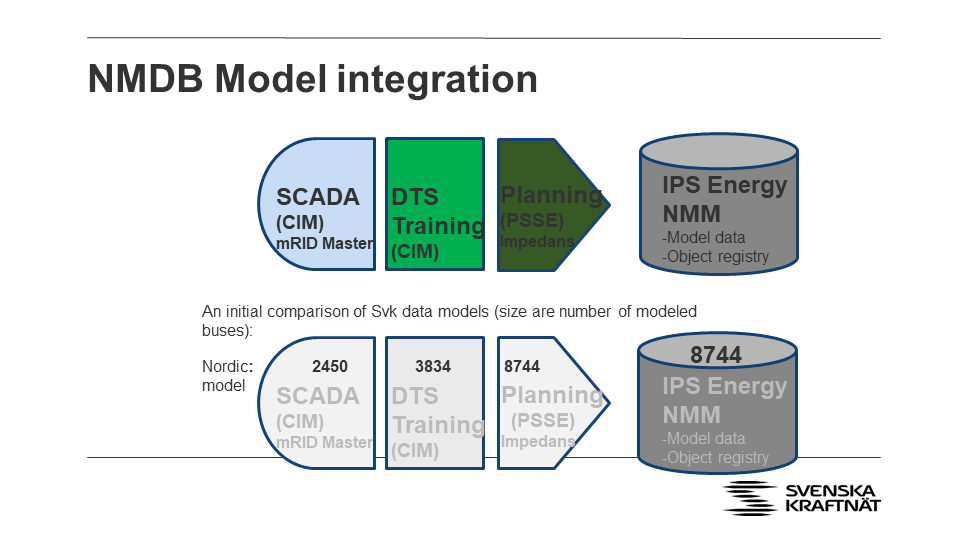 SvK and IPS continue to work closely to successfully achieve futuristic outcomes for NMM now – well ahead of the game in the Global Energy Supply Industry!

This feature covers functionality and roles to manage and capture the evolution of various preliminary and proposed power system investment projects. This includes the capability to detail such investment project over time and to compose different future models and scenarios based on the combination of a number of such projects with the models representing the current state of the grid.

Svenska kraftnät has adopted and implemented certain modeling practices. Modelling practices are constrained by the tools currently used by Svenska kraftnät and there is a strong need for the NMDB to assist in enforcing these constraints. Furthermore, this feature would also support exposing universally unique IDs of objects in the NMDB to external applications. Finally the NMDB would also support implementing name and identifier mapping between those exposed by the NMDB and external applications.

This feature covers a set of functionality that addresses the importing and exporting of data into the NMDB. This includes support for multiple model types (Bus-Branch, Node-Breaker etc.), format types (e.g. CIM/XML, PSS®E RAW, SEQ etc.) and the capability to convert, modify or map such data on import and export.

This feature specifies basic functionality that would provide users with the state of the art intuitive user interface and workspace to browse visualize and manage network model data. This includes multiple workspaces that support modelling operations in parallel, visualization of electrical grid models and topology loaded from store or generated on demand.

This feature specifies basic functionality that would provide users with a ability to automate actions and processes in the NMDB, for instance using scripts. This feature would also allow users to extend the functionality of the system.